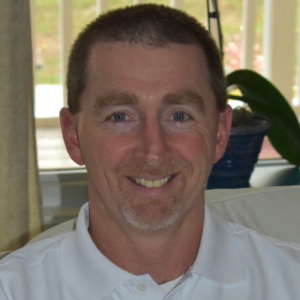 After spending most of my life on athletic fields, working in the Turf Industry was an easy transition.  I have been in the packaging and distribution side of the industry since 2003.  What attracted me the most about the industry was my boss’ daughter.   I married Bill Eason’s daughter, Kelcey, in 1998.  On a Saturday morning you will find me outdoors doing something fun like hunting, fishing, working in the yard, or at the ballfield.  Some people may not know that I played baseball with Sean at North Carolina Wesleyan College and we won the Division III World Series in 1999 with a score of 1-0.  I knocked in that winning run and made the All-Tournament Team for the World Series.  The legacy that I want to leave is that I love Jesus, that I was a good dad and husband, and that I liked putting a smile on people’s face.