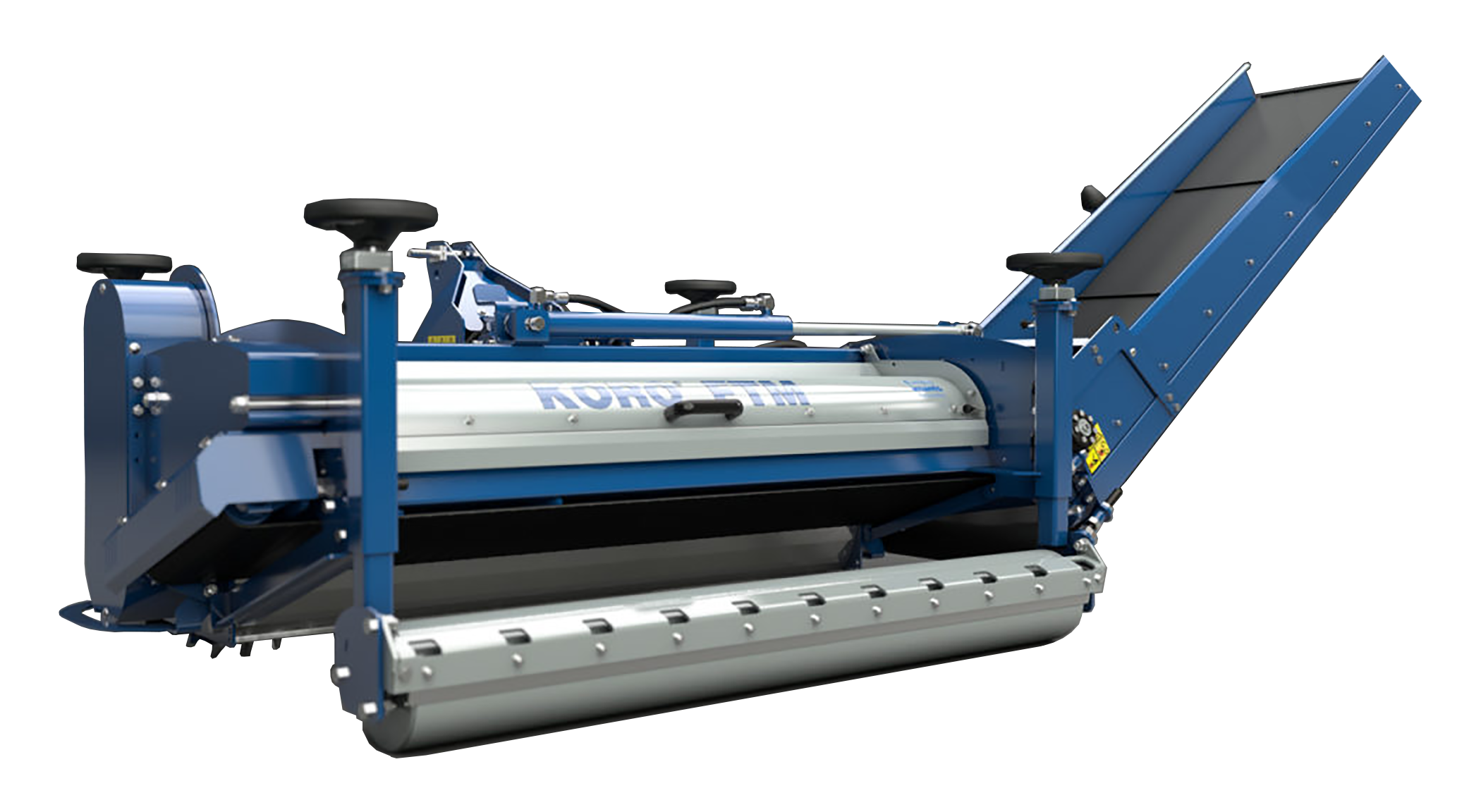 History of the FTM

History of the FTM PDF

The brainchild of Ko Rodenberg, the KORO Field TopMaker® (KORO FTM) came to market in 1997 as the key machine in a renovation program designed to improve turf quality and extend playing hours on natural turf soccer fields.

The largest contributing factor to the failure of sportsfields has typically been excessive thatch and Poa annua contamination. Ko Rodenberg designed the Field TopMaker to “fraise” or remove the very top part of the plant. This process was found to remove the shallow rooted Poa annua and excessive thatch accumulations leaving the crown of the desired plant. This allowed for faster and more uniform regrowth to occur. A single fraise mowing pass far exceeded the results of available scarification processes.

The acquisition of the manufacturing rights by Imants in 2009 and the fine-tuning of fraise mowing renovation practices has led to the design of a new range of rotors.

Imants has turned KORO FTM into a system that can be used on a wide range of surfaces for a number of different renovation practices.

Most warm season grasses are prone to the rapid accumulation of thatch. Conventional verticutting and scarification only remove around 7 – 10% of the surface matter and unless done on a regular basis cannot keep up with the buildup of thatch.

A radical approach is to remove all the organic buildup in one pass. The unique feature of the CAMPEY™ UNIVERSE™ rotor is that it can be set accurately to leave rhizomes and stolons in place, thus eliminating the need to re-sprig.

Once exposed to sunlight by removal of the canopy, regeneration is rapid with full recovery often in 3 – 4 weeks. Removing the thatch and organic debris minimizes water retention at the surface and ensures that any available water passes directly to the root zone.

In transitional zones, fraise mowing with the CAMPEY™ UNIVERSE™ rotor speeds up the transition from winter grasses to warm season grasses. The CAMPEY™ UNIVERSE™ rotor will take out the cool season grass and any organic buildup, but leave rhizomes and stolons in place. By removing the competition for water and nutrients and exposing them to light, the transition period is dramatically reduced.

Check out the Imants KORO FTM

More about our Cultural Solutions

This past fall our team gathered again at HQ in Rocky Mount, NC to prepare for the upcoming Virtual Trade Show season. We spent a few days together preparing new tools for both end users and our distribution and dealer networks to gain a deeper understanding and training into our solutions.

In this episode, Sam Green, President of AQUA-AID Solutions chats with Felix Peters, Owner of Imants BV. Sam and Felix talk about the great history of these two companies working together to bring innovation in cultural solutions to the United States.

Sam Green, President of AQUA-AID Solutions sits down to share a Fall 2020 message. How has Covid19 effected the golf industry, the challenges and solutions the industry has found to combat the boost in rounds many are seeing.

During a few days together, preparing for the virtual education season to come, the AQUA-AID Solutions team sat down for a round table discussion talking 2020.

#PoaDay a virtual field day event hosted by members of university’s turfgrass and ornamental weed science team. The goals of the event are to educate turfgrass managers about the different strategies available for annual bluegrass control, Poa annua. This event is sponsored by AQUA-AID Solutions.